11. Supply chain for a medical supplier

The worst of times are upon us due to the coronavirus pandemic. As healthcare workers and even manufacturers work tirelessly to get the virus under control, the economy and global supply chain are facing devastating effects of their own.

Procurement and logistics teams are working remotely to assess how to minimize supply chain disruptions due to quarantines and shelter-in-place mandates while many OEMs are panicked about maintaining production.

The Road to Economic Recovery is Uncertain

How long will it take for the world economy to recover from this pandemic? That’s the billion-dollar question. Reuters polled more than 50 economists, and their predictions range from a 6% reduction to 0.7% growth by the end of 2020.

Whether the recovery is a quick snap, slow burn, or even a double-dip, companies all over the world can’t wait to see what happens before re-evaluating their current operations and supply chains.

Post-Pandemic Life Will Look Different in Many Ways

How we live and work will be forever changed by this pandemic in many ways. Some of the biggest potential impacts for manufacturing include: 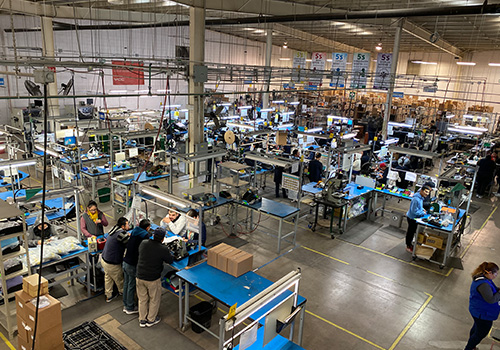 advanced algorithms will aid sourcing decisions and calculate risk mitigation based on weather, political situations, and other factors that could impact production or delivery of products. 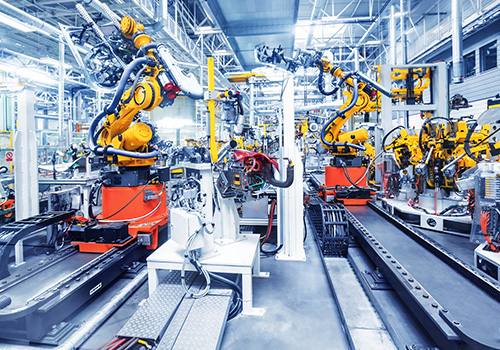 technologies like Wi-Fi and Bluetooth will enable real-time status updates as to where products are and what’s happening on the shop floor. Robotics and drones will continually automate and streamline the inventory tracking and even invoicing without humans getting in the way or slowing down the process. 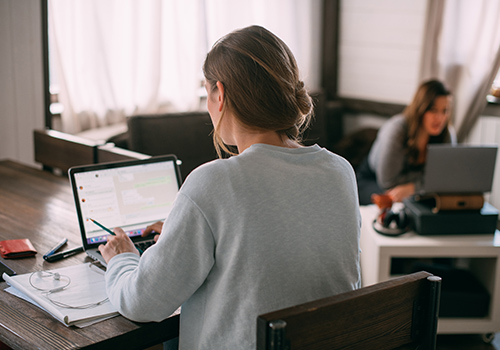 working from home will be the new normal, and business travel will be a rare event. Meetings, transactions, and other communication will rely heavily on video and other technologies, changing how deals are completed and facilities are toured. 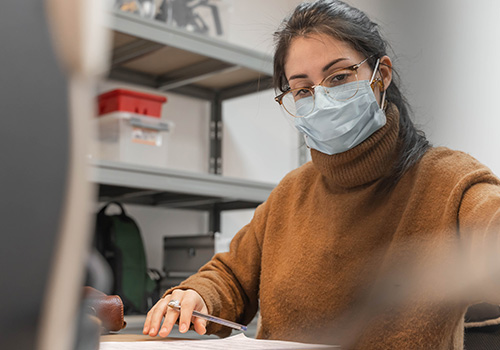 many precautions taken today on the plant floor will likely continue, including:

from in-person to online shopping will reign supreme — even for business-to-business transactions. Enhanced ecommerce experiences and ramped up security measures should be a top priority for manufacturers since they can be targets for online fraud.
Last but not least, how and where will products that were once manufactured overseas be produced to ensure greater reliability?

With scale and speed, unlike anything we’ve ever seen, the pandemic impacted the business world in more ways than one. Yet, one of the biggest lessons was for OEMs to weigh the costs associated with disruption a little heavier than they did before.

Pre-pandemic, the key drivers for choosing a manufacturing partner were:

getting the lowest possible cost at each stage of the supply chain will always remain a top priority.

a certain level of quality must be consistently maintained

reliable, on-time delivery is equally as important as the first two drivers listed above.
This disruption shone a light on the many risks that make delivery weigh heavier — natural disasters, climate change, geopolitical tensions, and of course, pandemics.

Cost, quality, and delivery will always be at the top of the list. Going forward performance metrics will also include the 3Rs of supply chain risk management:

having a workable contingency plan is essential. Be sure to include not just a plan, but protocols for quickly allocating (or re-allocating) assets and people to support your backup plan.

when there’s an impending crisis or mission-critical setback, how soon will the manufacturer and company be able to react?

the ability to move things around quickly to avoid delays — whether it’s moving a third-tier supplier up the ranks, finding an alternate production facility.
Digging deeper into supply value chains, logistics teams should also consider:

both physical and informational infrastructures should be evaluated for weaknesses and improvements, as a breakdown of either type could be detrimental to production.

real-time transparency into not only costs, but also where your products are in the process at any given time.

by understanding where and how all aspects of your product from concept to delivery can provide insight into where improvements can be made and where hidden vulnerabilities may lie. Many OEMs had hidden weaknesses in their supply chain, brought to light by coronavirus.

Companies are exploring ways to restart global supply chains, and more will move offshore operations back to their own factories, or at least their own continents.

Nearshoring is sure to be a key to the future of U.S. manufacturing, and VCC’s CEO was recently featured on a panel to discuss COVID-19’s impact on the nearshoring trend.

Because China has become the epicenter of production for components, raw and processed materials, major subsystems to OEMs, the disruption to the supply chain has cut deep across the globe.

From automotive and electronics to consumer goods, industries that make the world go ‘round have come to a halt along with Chinese production. A perfect storm of parts shortages, laborers who are sheltering in place and a shortage of protective gear and measures for workers are all leaving manufacturing OEMs in a lurch no one could’ve seen coming.

Some companies that thought they were safe with outside-China operations found they were exposed to hidden risks due to lower-tier suppliers.

According to the World Economic Forum, “Many global manufacturing OEMs have been scrambling to find alternative solutions, including quickly shifting orders to secondary or tertiary suppliers to make up the missed delivery from their primary suppliers, and moving some core businesses back to their own factories.” 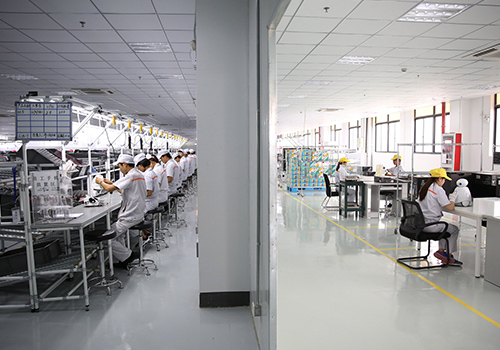 You never know what could happen in one region of the world that could drive costly delays for your production.

The old adage was to dual source vendors for parts and components. Now, experts recommend having at least three tier suppliers.

At VCC, we’ve seen a shift in the BOMs that come through our door for versatile LED indicators to support medical and consumer electronics industries. We’re now the first supplier instead of the second. The same trend is happening on the component side, where orders are peaking due to us being the second source.

Like most industries, the medical device supply chain is undergoing unprecedented disruption. It may seem counterintuitive since medical supplies are in high demand to combat the virus.

There will be a series of impacts that can be felt now, and years into the future. OEMs in other industries can expect similar effects in their respective markets: 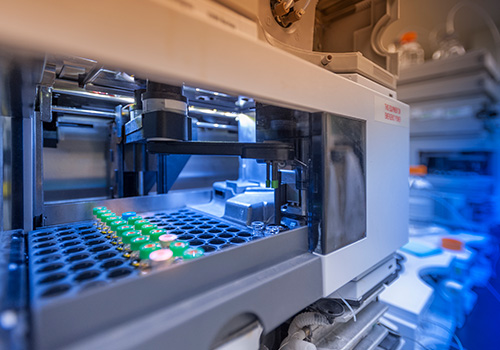 Manufacturers of all industries should maintain communication with their customers to demonstrate how they are handling production amid this pandemic. While no one will have all the answers, communicating regularly with customers on evolving plans can salvage existing relationships more effectively than shoulder shrugs.

When determining where manufacturing should take place, companies often weigh several variables to determine the total cost of ownership (TCO). These variables include a mix of hard and soft costs, including:

how many fees will the company incur in transporting the finished goods to distribution channels or the customer? These costs can add up quickly, given the trade climate between the U.S. and your country of origin. For example, Chinese goods may incur a 19.1% tariff, while those produced in Mexico can be imported without those fees.

for most manufacturers, transportation is their largest expense. There are many ways to reduce these costs, from shortening travel distances for products to rethinking packaging and even partnering with competitors to share shipping costs.

how long will it take to get the finished product in-hand? Lead times can vary depending on how far away production takes place, as well as how much time the design and approvals take. For example, if a company based in California has its products made in China, there’s a near 12-hour delay for every communication of feedback, design changes, etc. Then, there’s the additional time it takes for finished products to travel by ship, go through customs, then arrive at the final destination in the U.S.

between labor, storage, insurance, and freight, storing inventory to minimize disruption won’t be cheap. But neither is completely running out of stock. Carefully balance a reasonable amount of inventory to carry until contingency plans or full production can ramp up.

What’s the political climate in the region where your goods are produced? No country is immune to civil unrest. However, emerging countries seem to face their fair share of politically-charged events that could impact production and delivery of your products, including wars, riots, and protests.

trading one action for another in hopes of a better return is what opportunity cost is all about. Weighing this metric requires a holistic approach and evaluation of multiple KPIs.
However, even if we weren’t dealing with this crisis, nearshore manufacturing, or nearshoring, would be a strategic move for companies in just about every industry.

Why is nearshoring the potential solution for weaknesses in a manufacturer’s supply chain? Keeping your production close to your operations provides the advantages required to remain competitive, pandemic or not:

Whether the impetus is minimizing risks to your supply chain or simply reducing production times and costs, nearshoring can help you achieve your goals. However, having the right nearshoring partner is also crucial to your ultimate success. 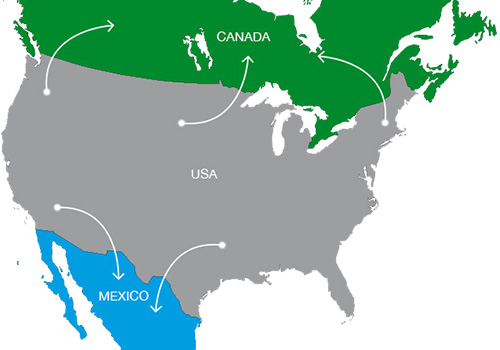 The Right Supplier Can Strengthen Your Supply Chain

Here are three examples of how VCC empowered OEMs in a range of industries to switch suppliers and gain competitive advantages along the way. Our team doesn’t just take orders — we ask the right questions in order to find multiple ways to ramp up efficiencies and savings. 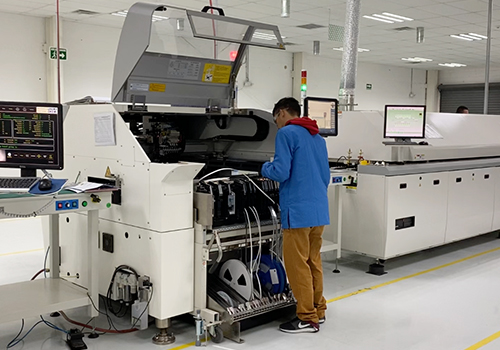 A major player in the traffic signal infrastructure space found their operations at a total standstill when the main supplier of crucial components abruptly closed up shop. There were no provisions in place to require advanced notice or list alternates, so this OEM was scrambling to find a solution. After weeks of inquiring and asking for referrals from the vendor with no response, the company considered bringing production in-house — something that had never worked well in the past.

A distributor told the company about VCC, and once the traffic signal manufacturer reached out, our team quickly assessed their needs, toured the facility, and created a plan for seamless transition in less than a week. VCC provided

An OEM of non-invasive medical devices inquired with VCC about our LED solutions. As our team explored the company’s needs and processes, we uncovered needs in light modeling, plastics manufacturing and PCB assembly that we could also help with, thus streamlining production.

Leveraging VCC for multiple aspects of production shortened lead times and the number of suppliers while increasing reliability and quality. Solutions provided include:

Upgrading Quality and Speed In Addition to Technology

While the client came to us with the need for one LED upgrade, we were able to create additional PCB solutions to meet requirements for other products and platforms. Services include:

While most OEMs are struggling to address the immediate impacts this pandemic is wreaking on their supply chain, the effects of how companies operate and produce goods will be forever changed.

At VCC, we have the expertise to help you bring your offshore electronic component manufacturing processes back to North America as efficiently as possible, so you can take advantage of:

About Us History Careers